Connected to all local and national transportation systems

Walk across the pedestrian bridge in front of the train station's exit. The bridge is also equipped with elevators for people with heavy baggages.

Take the airport shuttle bus (via Nagasaki Shinchi/Nagasakieki-mae, Bus Stop No.5) at the airport. After about a 50min. ride, get off at Nagasakieki-mae (Nagasaki Prefectural Bus terminal). With the bus terminal behind you, turn to your left and walk along the boulvard for about 1 min. Hotel entrance will be on your left next to the second skybridge staircase.

With the bus terminal behind you, turn to your left and walk along the boulvard for about 1 min. Hotel entrance will be on your left next to the second skybridge staircase.

Walk east from the terminal towards the Ohato tram stop. Take the local tram (line 1)and get off at Nagasaki-ekimae. Use the pedestrian bridge to cross the main boulvard and access the hotel.

Via auto-mobile from Dejima highway exit

Take the Dejima exit from the highway and keep along the boulvard towards Nagasaki-ekimae. Please refer to map below for all the available parking facilities. 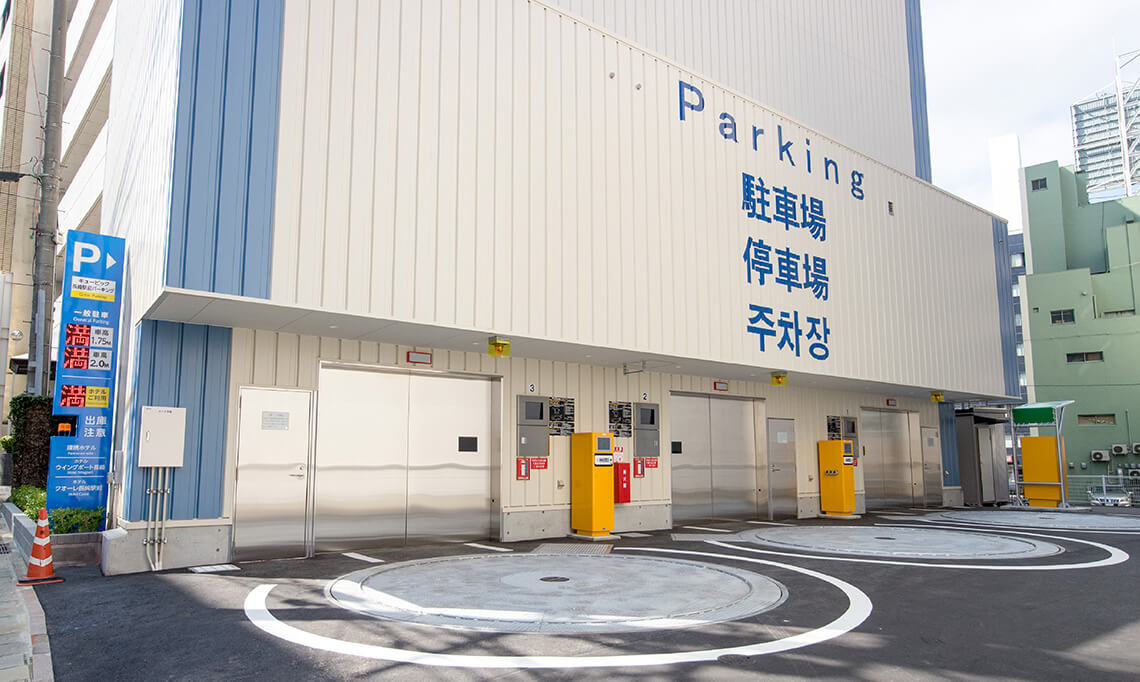 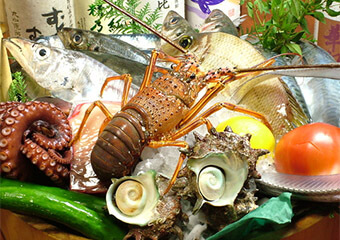 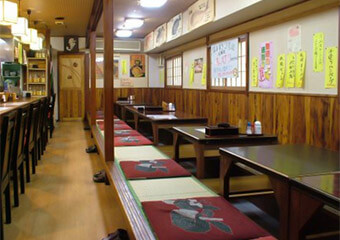 1min walkMAP Houzuki Izakaya Exit the hotels rear entrance and take about 30 steps to the right. Famous for its fish baked in salted clay to be shared with friends and family. 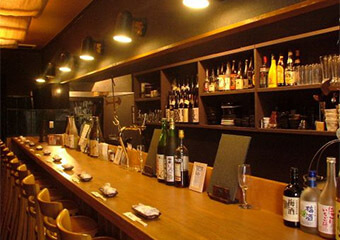 1min walkMAP Nuku Nuku Kitchen Located within the food street next to the hotel will you find this resturant. Highly praized by female patrons for its relaxing atmosphere. try some of its plum wines while you're there. 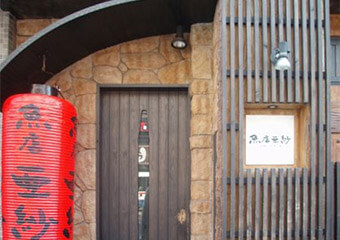 1min walkMAP Asa Fish Bar Holds a high reputation for its fresh fish and delicious dishes. Recommend that you make reservation even on regular weekdays. 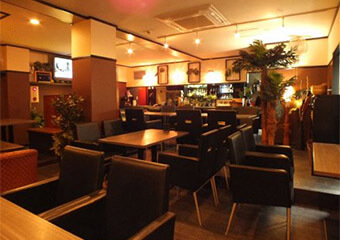 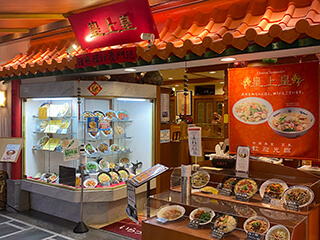 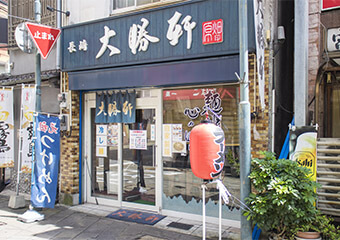 1min walkMAP DaiShouKen Noodles THE shop to visit in Nagasaki for dipped noodles. Authentic flavor that's been passed down from generations of famous masters. The thick soup along with its juicy roasted pork will surely make your mouth water. 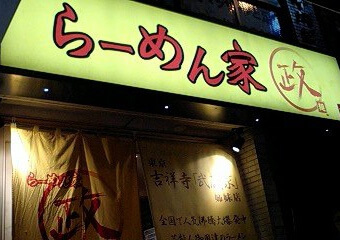 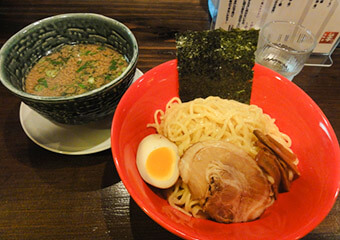 1min walkMAP YoChan Dipped Noodles From the rear entrance of the hotel go right. Cross the street on the left side of Hotel WingPort. Try the exquisite match of fried pork (Buta-kotsu) with Soy sauce. The Nagasaki Ago (flying fish) soup is also recommended. 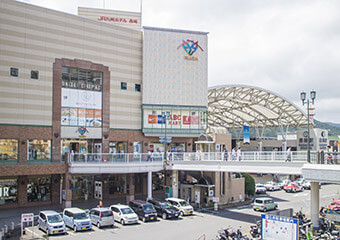 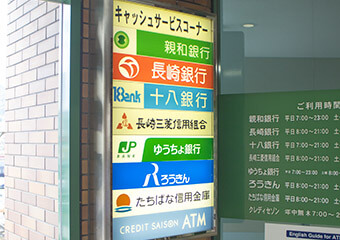 2min walkMAP ATM・CD corner By the entrance of the JR station, on the second floor behind the Royal Host restaurant. A variety of auto teller machines of various banks available. 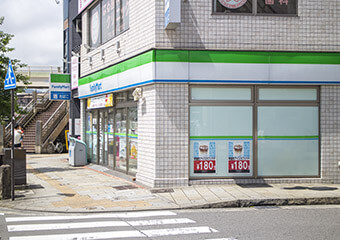 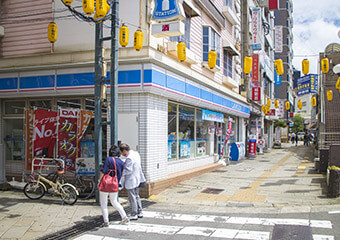 1min walkMAP Lawson Convenient store located on the left side of the hotel entrance. （ATM/Alcohol） 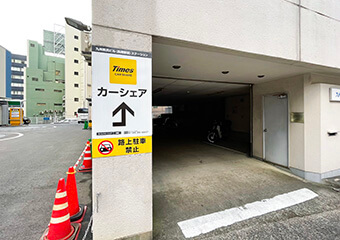 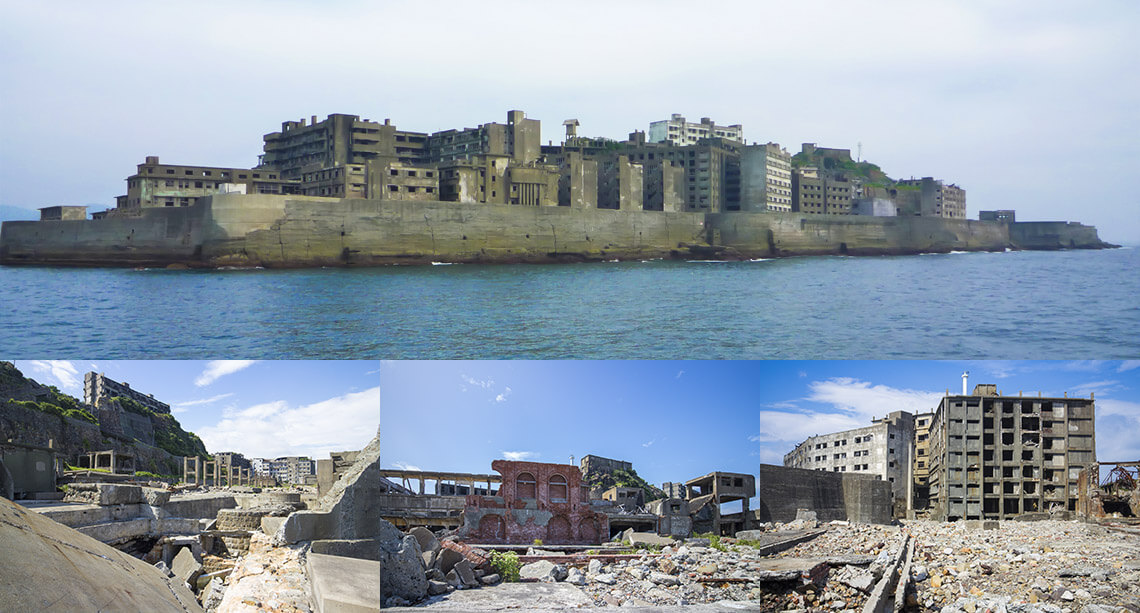 “Gunkanjima” a nickname of “Hashima”, a solitary island shaped like a battleship floating in the sea about 19 KM or 12 miles southwest from the Port of Nagasaki.
Gunkanjima is also an island with seabed coalmine, which had supported the modernization of Japan by supplying usable coal for iron-making. This coal was mainly for the Yawata Steel Works, which have been managed by the Mitsubishi Mining Company since 1890. Energy-reform-stricken rationalization had been promoted in the coal mine since the first half of 1960’s. The coal mine shut down on January 15, 1974 and Gunkanjima became an inhabitant island on April 20 in the same year. 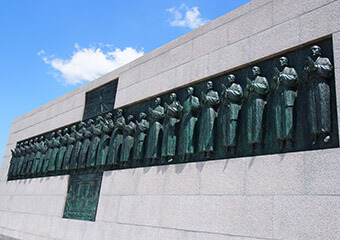 6min walkMAP 26 Christian Martyrs' Monuments Built on Nishizaka Hill in June 1962 to commemorate the 26 Christians (a mixture of native Japanese Christians and European priests) executed on the site on February 5, 1597. 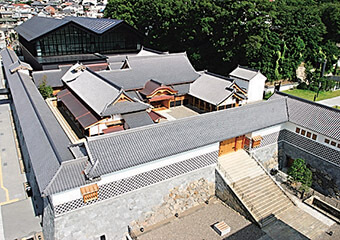 12min walkMAP Nagasaki Museum of History and Culture The museum holds 48,000 items in its collection, including historical documents, arts and crafts that tells the story of Nagasaki as the sole window opened to foreign countries during the period of national isolation. 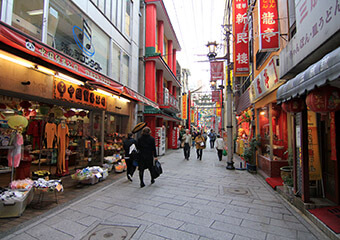 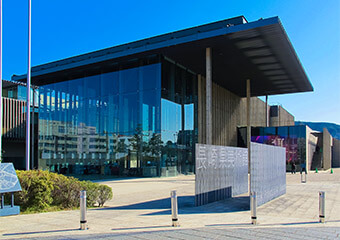 8min tram rideMAP Nagasaki Prefectural Art Museum Built around the concept of being a “Breathing Museum.” it can take in information and stimuli from outside and produce new kinds of stimuli while growing and developing through interactions with the surrounding community and environment. 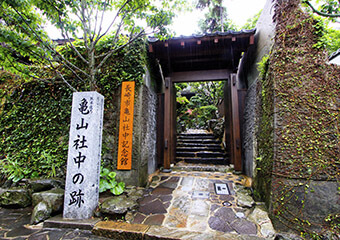 15min tram rideMAP Nagasaki Kameyama Shachu Museum A restoration of the building that housed a shipping company begun by Sakamoto Ryoma (1835-1867), a prominent activist in the struggles to overthrow the Tokugawa regime in the 1850's and 1860's. 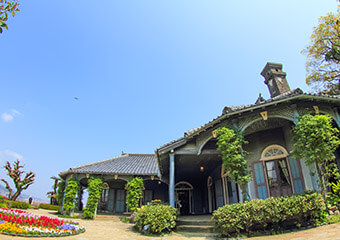 25min tram rideMAP Glover Garden Glover Garden is an open air museum, exhibiting mansions of former Western residents of Nagasaki. It is located on the hill where Western merchants settled down after the end of Japan's era of seclusion in the second half of the 19th century. 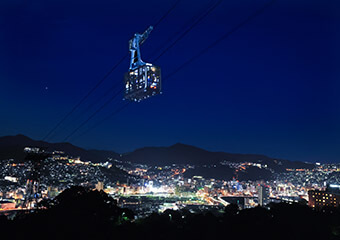 10min bus rideMAP Nagaski Ropeway A great way (with the best view) to get to the top of famous Mt.Inasa and enjoy the world famous scenery of Nagasaki.

15min by carMAP Mt. Inasa Inasayama, one of the top three scenic location of Japan holding a title of "Ten million dollar night view". Highly recommended for "sight-seers". The mountaintop observatory offers an amazing scenic view that is virtually a 360 degree aerial take on the city and its beautiful surrounding that changes from season to season. 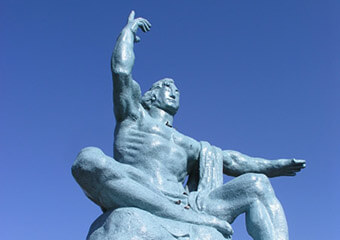 17min tram rideMAP Peace Park / Atomic Bomb Museum Both locations commemorates the atomic bombing of Nagasaki on August 9, 1945, which destroyed a wide parts of the city and killed ten thousands of inhabitants. 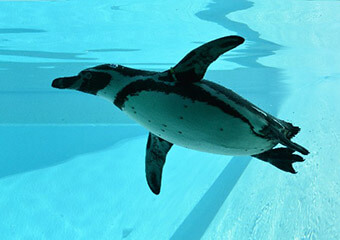 20min by carMAP Penguin Aquarium Houses the largest types of penguin collection in Japan. The feeding and penguin parade show are not to be missed when visiting.